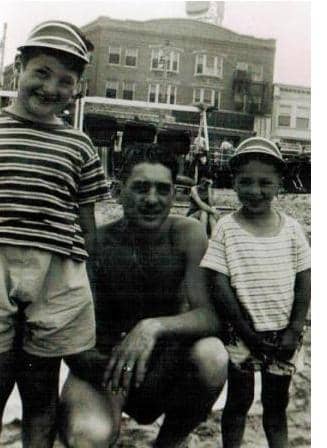 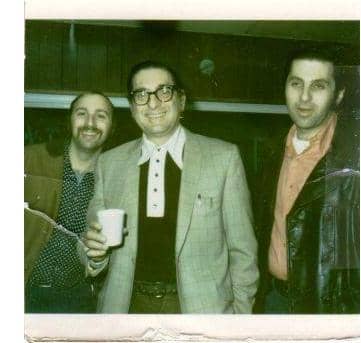 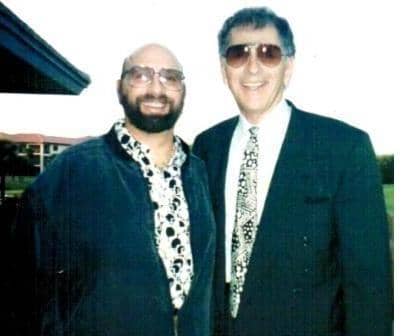 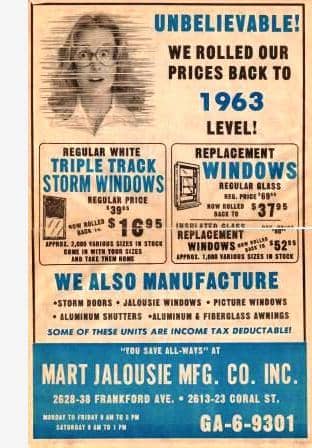 Where we came from

We have a very strong and proud history. Since 1949 the Spector family has been serving families throughout Philadelphia and surrounding suburbs. Today we are still expanding both in company presence and in family members. As a 4th generation family owned and operated business, we have become Philadelphia and Bucks County #1 full service contractor destination. Mr. Contractor has become a name you can trust and rely on. Having served more than 10,000 customers it is hard to find a home in the area that we haven’t once done work at. Our existence would not have been possible without the persistence and resilience of our 1st generation founder, Marty Spector.

Prior to 1949, Marty Spector was an employee of “Marty Franks Beverage” which sold and distributed soda. Marty’s success allowed him to interact with customers and familiarize himself with the Philadelphia area. It was from this business experience and those customer interactions that Marty decided to try his hand at other endeavors. Marty became involved in the sale of windows. This began the creation of “Mart Jalousie Manufacturing Company, Inc.” which specialized in aluminum windows. As business grew, Mart Jalousie Manufacturing Company purchased the production line of Air Master Manufacturing. Aluminum windows were very popular and in high demand at the time. Marty involved his sons, Allan and Harold, making this a 2nd generation business in what Marty always envisioned as a “family company”.

As time passed, Marty expanded his product line to also include the manufacturing of aluminum and fiberglass awnings and the sale of exterior doors. Marty recognized the strong demand for an installation division of the company that would install his products. In response, he created “Spector Contracting, Inc.” designed to compliment his sales side of the business while offering other basic home improvement services. Marty crafted a solid reputation in the business community and a loyal customer base. His Mart Jalousie Manufacturing Company and Spector Contracting had become equally large and profitable business units.

As an indication of his growth, Marty purchased several nearby buildings in 1960 to combine and make one large manufacturing company. This new building was 3-stories tall, a block long and employed more than 30 workers. However, the demand for aluminum windows sharply declined in the 70’s as the price for aluminum steadily rose. The popularity of aluminum windows faded with the introduction of vinyl replacement types. The onset of the 80’s recession was taking a toll on all businesses, especially the housing and home remodeling market. Marty thought it was a good time to retire from his manufacturing company and move to Florida. 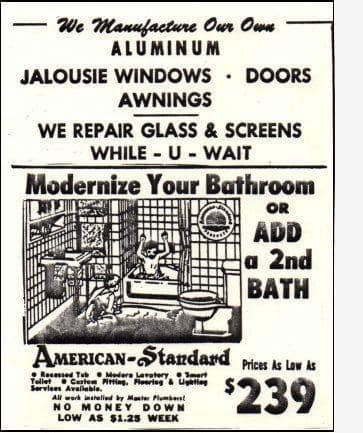 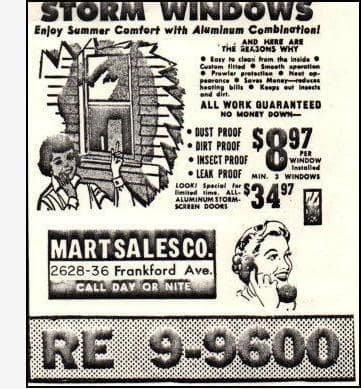 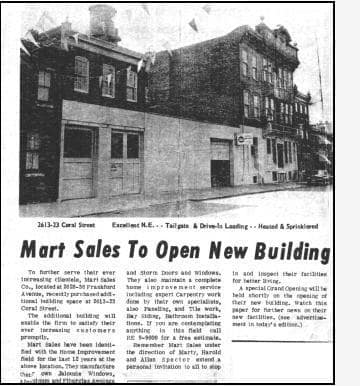 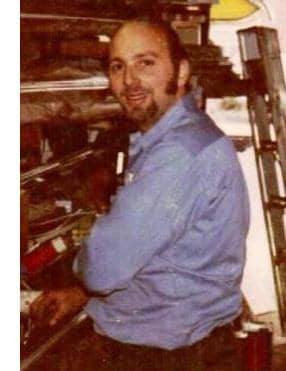 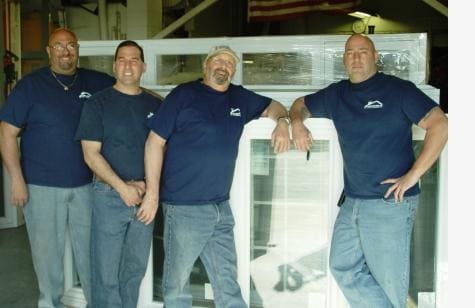 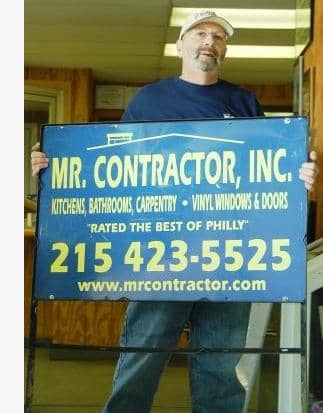 Marty’s sons were left with a decision to either close the sales and home remodeling business or continue operations. Both sons ran the remaining company to the best of their ability with positive results. Harold eventually decided that he also wanted to move to Florida. In Florida, Harold opened and ran a successful home remodeling company, Sun Controlled Remodeling, Inc., until his retirement. Allan purchased the remaining business that he had spent so much of his life developing with his family. This ushered the dawn of a new era where Allan’s sons, Barry, Ken and Lonnie, transformed the company into a 3rd generation family run business.

In 1984 Allan Spector created “Mr. Contractor, Inc.” to focus on home improvements. Mr. Contractor employed a small loyal staff and had sales over $150,000 annually. Barry, Ken and Lonnie joined the company after finishing high school in the early 1980’s. Mr. Contractor, Inc. was primarily a home remodeling business, although it still had a division that sold windows. The sons became salesmen while they cultivated a larger experienced staff and employed only the best tradesmen to perform the work. By 1990, the son’s were successful in driving Mr. Contractor sales to above $1,000,000 and increased the company presence in Philadelphia and Buck’s County.

Today Mr. Contractor is a multi-million dollar business that employees only the best skilled staff. It is still very much a family owned and operated company as it was in 1949 with deep roots in the Philadelphia community. Although a troubled economy is never good, Mr. Contractor plans to do everything it can to keep our staff working. 2010 has marked the introduction to a recently updated website, a revised company logo, a growing online presence and expanded publication of advertisements. Mr. Contractor continues to receive awards for outstanding service. They were awarded “Best of Philly” in 2012, Philadelphia Business Journal “Top 25” in 2013, and Philadelphia Business Journal “Top 50” in 2014.

Many years, many trucks...